Own Americavision Song Contest 9, often referred to as OAmSC #9, is the 9th edition of Own Americavision Song Contest. It took place in Los Angeles, United States, following Zayde Wølf & Neoni's win in the 8th edition with the song "Oblivion". It was the second time United States had hosted the contest, having previously done so in the third edition. Organised by the Own American Broadcasting Association and host broadcaster American Broadcasting Company, the contest was held at the Staples Center, and consisted of two semi-finals and the final. The three live shows were hosted by Lana Del Rey.

A record of forty-five countries participated in the contest. American Samoa and Montserrat made their debut this edition. Anguilla, Bahamas, Belize, Guatemala, Nicaragua, Panama, Saint Lucia and Venezuela returned to the competition, while Haiti, Honduras and Saint Kitts and Nevis withdrew for various reasons.

The winner was Puerto Rico with the song "Fight Like a Man" performed by Angie Rose, which received 217 points, at the time the second-highest score in the history of the contest. The second place went to the debuting nation of American Samoa with an astonishing amount of 200 points. The podium was completed by Suriname, followed by Belize, which made its first appearance in the final, Canada on the fifth place and Guam closing the top 6. All of the top 6 countries, except Canada, achieved their best result in the contest, alongside with Bermuda on the eighth place and Bahamas, narrowly missing out the top 10 and placing eleventh. The host country United States finished on the tenth place, this also being the best scoring "Big 6" country. For the first time since their debut, Anguilla, British Virgin Islands, Ecuador and Montserrat failed to qualify. 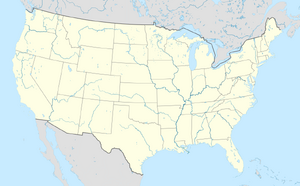 Los Angeles and often known by its initials L.A., is the largest city in California. With an estimated population of nearly four million people, it is the second-most populous city in the United States (after New York City) and the third-most populous city in North America (after Mexico City and New York City). Los Angeles is known for its Mediterranean climate, ethnic diversity, Hollywood entertainment industry, and its sprawling metropolis.

Los Angeles lies in a basin in Southern California, adjacent to the Pacific Ocean, with mountains as high as 10,000 feet (3,000 m), and deserts. The city, which covers about 1,210 km2, is the seat of Los Angeles County, the most populous county in the United States. The Los Angeles metropolitan area (MSA) is home to 13.1 million people, making it the second-largest metropolitan area in the nation after New York. Greater Los Angeles includes metro Los Angeles as well as the Inland Empire and Ventura County. It is the second-most populous U.S. combined statistical area, also after New York, with a 2015 estimate of 18.7 million people.

Los Angeles has a diverse economy and hosts businesses in a broad range of professional and cultural fields. It also has the busiest container port in the Americas. A global city, it has been ranked 7th in the Global Cities Index and 9th in the Global Economic Power Index. The Los Angeles metropolitan area also has a gross metropolitan product of $1.0 trillion (as of 2017), making it the third-largest city by GDP in the world, after the Tokyo and New York City metropolitan areas. Los Angeles hosted the 1932 and 1984 Summer Olympics and will host the 2028 Summer Olympics.

Staples Center is a multi-purpose arena in Downtown Los Angeles. Adjacent to the L.A. Live development, it is located next to the Los Angeles Convention Center complex along Figueroa Street. The arena opened on October 17, 1999. The arena seats up to 19,067 for basketball, 18,340 for ice hockey, and around 20,000 for concerts or other sporting events. Two-thirds of the arena's seating, including 2,500 club seats, are in the lower bowl. There are also 160 luxury suites, including 15 event suites, on three levels between the lower and upper bowls. The arena's attendance record is held by the fight between World WBA Welterweight Champion, Antonio Margarito and Shane Mosley with a crowd of 20,820 set on January 25, 2009.

The thirty-nine semi-finalists were allocated into six pots, based on their geographical place and cultural similarities. Drawing from different pots helps in reducing the chance of so-called neighbour voting and increasing suspense in the semi-finals. Each time a country was drawn from the pot, its semi-final and half of the semi-final was determined.

Nineteen countries participated in the first semi-final. Costa Rica, Paraguay and Saint Vincent and the Grenadines also voted in this semi-final.

Eligibility for potential participation in the Own Americavision Song Contest requires a national broadcaster with active OABA membership that would be able to broadcast the contest. As in every edition, an invitation to all the members has been sent in order to confirm whether they will participate or not.