Thirty-three countries participated in the edition. This includes Bhutan and Pakistan who returned after two editions absence with India, Iran, Singapore and Syria who returned to the contest after their one-edition absences. Nine countries, however, announced their withdrawal: Bangladesh, East Timor, Hong Kong, Macau, Mongolia, Myanmar, Saudi Arabia, Palestine and Tajikistan.

The winner was Malaysia with the song "I Dare You" by Jess Lee which scored 138 points, winning by a margin of 12 points in front of South Korea. The podium was completed by Uzbekistan, which finished on the third place. United Arab Emirates, the host country placed 18th. 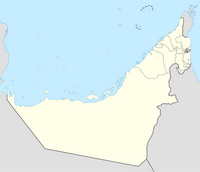 Dubai
Location of the host city.

Dubai is the most populous city in the United Arab Emirates (UAE). It is located on the southeast coast of the Persian Gulf and is the capital of the Emirate of Dubai, one of the seven emirates that make up the country. Abu Dhabi and Dubai are the only two emirates to have veto power over critical matters of national importance in the country's legislature. The city of Dubai is located on the emirate's northern coastline and heads up the Dubai-Sharjah-Ajman metropolitan area. Dubai is to host World Expo 2020.

Dubai has recently attracted world attention through many innovative large construction projects and sports events. The city has become iconic for its skyscrapers and high-rise buildings, in particular the world's tallest building, the Burj Khalifa.

Trade Centre Arena is a truly world-class venue and the Middle East’s largest indoor arena. From international concerts attracting 10,000 energetic fans to every other entertainment and sporting event, the arena’s 9,100 square-metre area and 14 metre high ceilings make sure that every event becomes a majestic spectacle.

Twenty-five countries participated in the final, with all participating countries eligible to vote.