Forty-three countries confirmed their participation in the 15th edition. The contest saw the return of Cambodia, Hong Kong and Iran. Tonga also made its debut appearance in this edition. Unfortunately, Kuwait, Macau, Mongolia, North Korea, Papua New Guinea and Philippines decided to withdraw.

The winner was India with the song "Paper House" by Helena which scored a record-breaking score of 194 points, winning by a margin of 12 points in front of Saudi Arabia. The podium was completed by China, which finished on the third place. Palestine, the host country placed 8th.

For more details on the host country, see Palestine. 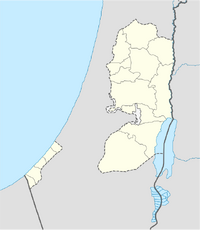 Hebron
Location of the host city.

Hebron is a Palestinian city located in the southern West Bank, 30 km south of Jerusalem. Nestled in the Judaean Mountains, it lies 930 meters above sea level. It is the largest city in the West Bank, and the second largest in the Palestinian territories after Gaza, and home to 215,452 Palestinians, and between 500 and 850 Jewish settlers concentrated in and around the old quarter.

In Judaism it is considered the second-holiest city after Jerusalem, while Islam regards it as one of the four holy cities. Hebron Governorate is the largest Palestinian governorate with its population of 600,364.

Dora International Stadium is an association football stadium in the city of Hebron in the West Bank. It was opened in 1965 and was renovated in 1999 and 2011. It has a capacity of 18,000 and the surface is artificial turf.

Eighteen countries participated in the first semi-final. China, Palestine and Tajikistan also voted in this semi-final.