Forty-two countries participated in the sixteenth edition. The contest saw the return of Iran, North Korea and Papua New Guinea. Unfortunately, Bahrain and Maldives have withdrawn from the competition. Despite originally confirming, Kuwait and New Zealand were forced to withdraw due to not submitting an entry before the deadline.

The winner was China with the song "Quiet" performed by Milck which scored 155 points, winning by a margin of 9 points in front of Syria. The podium was completed by Turkmenistan, which finished on the third place. India, the host country placed 18th.

For more details on the host country, see India. 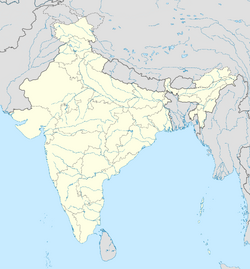 Mumbai
Location of the host city.

In 2008, Mumbai was named an alpha world city. It is also the wealthiest city in India, and has the highest GDP of any city in South, Western, or Central Asia. Mumbai has the highest number of millionaires and billionaires among all cities in India.

The Sardar Vallabhbhai Patel Indoor Stadium is an indoor sports arena, in Mumbai, Maharashtra. The facility seats 5,000 people. The stadium was established in 1957 and was foundation stone was laid by former Chief Minister of Maharashtra Yashwantrao Chavan and the facility is administered by National Sports Club of India. It includes the facilities like Tennis, Badminton, Billiards, Table Tennis, Badminton, Carrom and Wrestling.

The indoor stadium was renovated in 2005 with air conditioned indoor stadium with a seating capacity of 5000 and health club & Spa, two banquet rooms and restaurants were added.