Forty-two countries participated in the eighteenth edition. The contest saw the return of Japan and Macau. French Polynesia and Samoa also made their debut appearance in this edition. Unfortunately, Bahrain, Hong Kong, Papua New Guinea, Saudi Arabia, Solomon Islands and South Korea have withdrawn from the competition. Despite originally confirming, India was forced to withdraw due to not submitting an entry before the deadline.

The winner was Cambodia with the song "Beautiful Art" performed by Nikki Nikki which scored 174 points, winning by a margin of 15 points in front of Bangladesh. The podium was completed by Myanmar, which finished on the third place. Philippines, the host country placed 8th.

For more details on the host country, see Philippines. 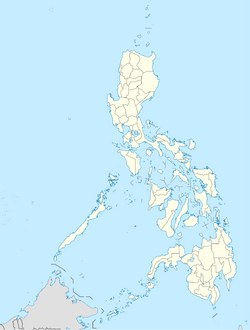 Manila
Location of the host city.
Manila is the capital of the Philippines. The city proper is home to 1,780,148 people in 2015, and is the historic core of a built-up area that extends well beyond its administrative limits. The term "Manila" is commonly used to refer to the whole metropolitan area, the greater metropolitan area or the city proper. The officially defined metropolitan area called Metro Manila, the capital region of the Philippines, includes the much larger Quezon City and the Makati Central Business District. It is the most populous region of the country, one of the most populous urban areas in the world, and is one of the wealthiest regions in Southeast Asia. With about 71,000 people per square kilometer, Manila is also the most densely populated city proper in the world.

The City of Manila is located on the eastern shores of the Manila Bay. The Pasig River flows through the middle of the city, dividing it into the north and south. Manila is made up of 16 districts: Binondo, Ermita, Intramuros, Malate, Paco, Pandacan, Port Area, Quiapo, Sampaloc, San Andres, San Miguel, San Nicolas, Santa Ana, Santa Cruz, Santa Mesa and Tondo. Manila is also made up of Six Congressional Districts that represents the city on the Lower House of the Philippine Congress.

The Philippine Arena is a multipurpose indoor arena, a 140-hectare tourism enterprise zone. With a maximum seating capacity of 51,898, the Philippine Arena is the world's largest indoor arena. It is one of the centerpieces of the many centennial projects of the Iglesia Ni Cristo (INC) for their centennial celebration on July 27, 2014. The legal owner of the arena is the INC's educational institution, New Era University.

The groundbreaking ceremony for the Philippine Arena was done in August 17, 2011. Hanwha announced that it has completed the construction of the indoor arena on May 30, 2014. The venue was not formally inaugurated until almost two months later.

The draw to determine the allocation of the participating countries into their respective semi-finals took place on 12 April 2018. The semi-finalists were allocated into six pots, based on their geographical place and cultural similarities.

From these pots, 18 countries were allocated to compete in each semi-final. The draw also determined which semi-final would be voted by each of the six automatic finalist countries.

Eighteen countries participated in the first semi-final. Philippines, Taiwan and Yemen also voted in this semi-final.

Eighteen countries participated in the second semi-final. Palestine, Singapore and Thailand also voted in this semi-final.

Retrieved from "https://ownesc.fandom.com/wiki/Own_Asiavision_Song_Contest_18?oldid=89957"
Community content is available under CC-BY-SA unless otherwise noted.