Twenty-six countries participated in the third edition. The winner was Jordan with the song "Cross The Line" by Camo & Krooked feat. Ayah Marar which scored 120 point, winning by a margin of only 5 points in front of Vietnam. The podium was completed by China, which finished on the third place. Hong Kong, the host country placed 8th.

For more details on the host country, see Hong Kong. 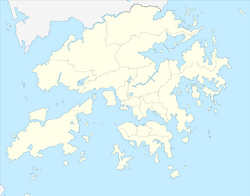 Hong Kong, officially known as Hong Kong Special Administrative Region of the People's Republic of China, is a city located on the southern coast of China at the Pearl River Estuary and the South China Sea. Hong Kong is well known for its expansive skyline, deep natural harbour and extreme population density (some seven million inhabitants over a land mass of 1,104 km2 (426 sq mi)). It has been named the freest market economy by the Heritage Foundation Index of Economic Freedom.

Hong Kong Stadium is the main sports venue of Hong Kong. Redeveloped from the old Government Stadium, it reopened as Hong Kong Stadium in March 1994. It has a maximum seating capacity of 40,000, including 18,257 at the main level, 3,153 at executive level, 18,507 upper level seats and 57 seats for wheelchair users.

The stadium is located in So Kon Po, Hong Kong Island, a valley near Causeway Bay. Most international football matches held in Hong Kong are held at this stadium. It is also the location for the Hong Kong Sevens rugby sevens tournament. Hong Kong Stadium also hosted the Rugby World Cup Sevens twice, in 1997 and 2005.