Twenty-three countries participated in the fourth edition. The winner was Japan with the song "Pick Me Up" by Perfume which scored 146 point, winning by a margin of only 3 points in front of Afghanistan. The podium was completed by Thailand, which finished on the third place. Jordan, the host country placed 19th.

For more details on the host country, see Jordan. 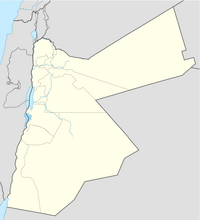 Amman
Location of the host city.

Amman, is the capital and most populous city of Jordan, and the country's economic, political and cultural centre. Situated in north-central Jordan, Amman is the administrative centre of the Amman Governorate. The city has a population of 4,007,526 and a land area of 1,680 square kilometres (648.7 sq mi). Today, Amman is considered to be among the most liberal and westernized Arab cities. It is a major tourist destination in the region, particularly among Arab and European tourists.

The Amman International Stadium is a stadium in Amman, Jordan. It is the largest stadium in Jordan, with a supposed capacity of 25,000. The stadium hosted the 2007 Asian Championships in Athletics, Pope Francis also visited the venue during his visit to Jordan.

Wahadat, one of Amman's two main football teams, play their matches at Amman Internationa Stadium. They have heavy Palestinian support, as the club was originally formed in a refugee camp. The stadium is near Sports City in Shmeisani.