Twenty-seven countries participated in the eighth edition. The winner was Taiwan with the song "Why Not Love" by Rosie Yang and Ryan Yu which scored 151 points, winning by a record score and a margin of 42 points in front of Tajikistan. The podium was completed by Indonesia, which finished on the third place. Fiji, the host country placed 19th.

For more details on the host country, see Fiji. 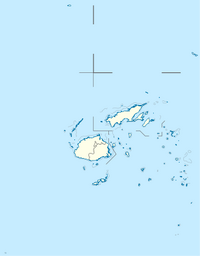 Suva
Location of the host city.

Suva is the capital and the second most populated municipality of Fiji, after Nasinu. It is on the southeast coast of the island of Viti Levu, in the Rewa Province, Central Division. In 1877, it was decided to make Suva the capital of Fiji when the geography of former main European settlement at Levuka on the island of Ovalau proved too restrictive. The administration of the colony was moved from Levuka to Suva in 1882.

Suva is Fiji's political and administrative capital. It is the largest and the most cosmopolitan city in the South Pacific and has become an important regional centre; students from the Pacific region and a growing expatriate community make up a significant portion of the city's population. Under authority of local government act Suva is governed and administratively looked after by Suva City Council.

At the 2007 census, the city of Suva had a population of 85,691. Including independent suburbs, the population of the Greater Suva urban area was 172,399 at the 2007 census. Suva, along with the bordering cities of Lami, Nasinu, and Nausori have a total urban population of around 330,000, over a third of the nation's population. This urban complex (not including Lami) is known also as the Suva–Nausori corridor.

Vodafone Arena is an arena in Suva, Fiji. The arena was constructed for the 2003 South Pacific Games that was held in Suva. Today, it is primarily used for netball and was intended to host the 2007 Netball World Championships, before Fiji's hosting of the event was cancelled in the wake of the military coup of 5 December 2006. The arena holds 4,000 people. It was previously known as the FMF Dome.

Retrieved from "https://ownesc.fandom.com/wiki/Own_Asiavision_Song_Contest_8?oldid=89947"
Community content is available under CC-BY-SA unless otherwise noted.