Twenty-eight countries participated in the nineth edition. The winner was South Korea with the song "Eagles" by Tiger JK, Yoon Mirae and Bizzy which scored 135 points, winning by a margin of 17 points in front of Bhutan. The podium was completed by Thailand, which finished on the third place. Taiwan, the host country placed 23rd.

For more details on the host country, see Taiwan. 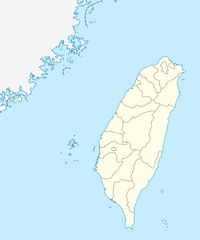 Taipei
Location of the host city.

Taipei, officially known as Taipei City, is the capital city and a special municipality of Taiwan (officially known as the Republic of China, "ROC"). Sitting at the northern tip of the island, Taipei City is an enclave of the municipality of New Taipei City. It is about 25 km (16 mi) southwest of the northern port city Keelung. Most of the city is located on the Taipei Basin, an ancient lakebed bounded by the two relatively narrow valleys of the Keelung and Xindian rivers, which join to form the Tamsui River along the city's western border.

The city proper is home to an estimated population of 2,704,810 in 2015, forming the core part of the Taipei–Keelung metropolitan area which includes the nearby cities of New Taipei and Keelung with a population of 7,047,559, the 40th most-populous urban area in the world—roughly one-third of Taiwanese citizens live in the metro district. The name "Taipei" can refer either to the whole metropolitan area or the city proper.

It was designed by Archasia, an architectural firm established in Taipei (now Populous, a Kansas City, Missouri (USA) design architectural firm). It is located at the site of the former Taipei Municipal Baseball Stadium (built in 1958, opened 1959, demolished 2000). The arena was opened on December 1, 2005. The main arena has an adjustable floor space: its minimum floor space is 60m × 30m, and can be extended to 80m × 40m..

Since opening in 2005, the arena has held more art and cultural activities (such as live concerts) than sporting events, which it was originally designed and built for. These have included Disney on Ice and Cirque du Soleil, Cats the Broadway Musica