Following Little Mix's win at the 13th Contest, the festival was brought to the city of London, England. The three semifinals were held between 26 and 28 December 2012 and the Grand Final held on 6 January 2013. A total of fifty-two countries announced their participation in the contest, with Palestine debuting, Czech Republic, Finland, Liechtenstein , Monaco, Norway, San Marino and Vatican City returning and Algeria, Azerbaijan, Denmark , Israel, Lithuania , Switzerland , Tunsia and Turkey withdrawing.

The contest was won by singer Cascada from Germany with the song "Last Christmas". The song earned a total of 238 points. Moldova finished in second place, being with 2 points under Germany. Iceland took third place. They were followed by Åland Islands who placed fourth. Russia ended in fifth place. Iceland and Åland Islands achieved their first top 3 placing and top 4 respectively.

Russia was the single country from "Big Five" who placed in top ten. Out of 27 countries who made it into the final, the remaining four of the "Big Five", failed to make it into the top half of the leader board, Bosnia and Herzegovina placed 17th(89 points), England,the host, placed 18th(83 points), Scotland placed 23rd(68 points) and Albania coming 26th(62 points).

For the fourth time in the history of the contest, there were allowed juries, this time beacause the edition theme, some countries don't have songs for the Holidays. The following countries confirmed to vote in the contest: Azerbaijan, Denmark, Israel, Lithuania, Portugal, Switzerland. 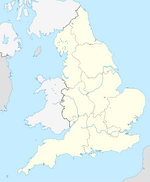 London
Location of the host city in England.

London is the capital city of England and the United Kingdom, the largest city, urban zone and metropolitan area in the United Kingdom, and the European Union by most measures. Located on the River Thames, London has been a major settlement for two millennia, its history going back to its founding by the Romans, who named it Londinium. London's ancient core, the City of London, largely retains its square-mile mediaeval boundaries. Since at least the 19th century, the name London has also referred to the metropolis developed around this core. The bulk of this conurbation forms the London region and the Greater London administrative area, governed by the elected Mayor of London and the London Assembly.

London is a leading global city, with strengths in the arts, commerce, education, entertainment, fashion, finance, healthcare, media, professional services, research and development, tourism and transport all contributing to its prominence. It is the world's leading financial centre alongside New York City and has the fifth- or sixth-largest metropolitan area GDP in the world depending on measurement. London has been described as a world cultural capital. It is the world's most-visited city measured by international arrivals and has the world's largest city airport system measured by passenger traffic. London's 43 universities form the largest concentration of higher education in Europe. In 2012, London became the first city to host the modern Summer Olympic Games three times.

It was discovered later, that Azerbaijan was not respecting the rules of OESC so it was disqualified. The country was draw to perform seven in the second semi-final.

1.^ The country has recevied the most points out of top 7 from all semi-finals, so it got the ticket to the Grand Final.

2.^Although Spain was supposed to qualify,finishing in the third place, the country didn't vote, so it was disqualified.
3.^Azerbaijan was drawn in the 07th spot, but was later disqualified. It was allowed to vote as a jury.

The twenty-seven finalist are:

The juries were the countries which announced their withdraw because the edition theme.

After the draw for the semi-finals, Azerbaijan was drawn in the second semi-final, but later it was discovered that the song was not respecting the rules of Own Eurovision Song Contest, so it was disqualified, the country was allowed to vote as a jury.

Portugal was expected to vote in the first semi-final.

The following countries voted in the semi-finals:

Countries revealed their votes in the following order. The voting had four parts.

From the following cities the spokespersons were calling: