The 42nd edition consisted in two semifinals and a grand final. The semifinals took place on December 20, 2015 and December 27, 2015 respectively. The Grand Final will take place on January 9, 2016.

After a tense voting process, Israel won the contest for the first time, with Maya Buskila's song "Hishtagati". Israel received a total amount of 173 points, winning by a margin of only 11 points. The runner-up of the 42nd edition was Albania, making the country's best place in the competition.

Third place went to England, fourth to Sweden, fifth to Iceland and sixth place went to Denmark. The 42nd edition also saw the best score from a semifinal, Albania placed first in the second semifinal and received a record breaker of 159 points. The #WebAwardWinner was Norway's "Dancing in Flames" and the #BestNonQualifier was declared Moldova.

For more details on the host country, see Scotland.

Hampden Park (often referred to as Hampden) was choosen as the Venue of the 42nd edition on November 25, 2015. Hampden Park is a football stadium in the Mount Florida area of Glasgow, Scotland. The 51,866 capacity venue serves as the national stadium of football in Scotland. It is the normal home venue of the Scotland national football team and amateur Scottish league club Queen's Park F.C. and regularly hosts the latter stages of the Scottish Cup and Scottish League Cup competitions. It is also used for music concerts and other sporting events, such as when it was reconfigured as a athletics stadium for the 2014 Commonwealth Games. 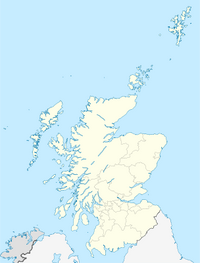 Glasgow
Locations of the candidate cities.

The following cities are interested in hosting the 42nd contest

On November 25 it was announced that Glasgow will be the host of the Own Eurovision Song Contest 42. Glasgow is the largest city in Scotland, and the third largest in the United Kingdom (after London and Birmingham). Greater Glasgow had a population of 1,199,629 at the 2001 census. At the 2011 census, it had a population density of 8,790/sq mi (3,390/km2), the highest of any Scottish city. It is situated on the River Clyde in the country's West Central Lowlands. Inhabitants of the city are referred to as Glaswegians.

The participating countries, excluding the automatic finalists (host Scotland and the Big Five), will be split into six pots, based on voting patterns from the previous ten editions. The pots were calculated and are as follows:

Twenty countries participated in the first semi-final. Denmark, Kosovo and Scotland also voted in this semi-final.

Twenty countries participated in the second semi-final. England, Kazakhstan and Switzerland also voted in this semi-final.