Own Eurovision Song Contest 43, often referred to as OESC #43, is the 43rd edition of the Own Eurovision Song Contest. It took place in Jerusalem, Israel, following Israel's victory at the 42nd Contest with "Hishtagati", performed by Maya Buskila. This will be the first time the competition will take place in Israel. The contest consisted of one quarter-final, two semi-finals and a final. On January 15, 2016 it was revealed that the Jerusalem Payis Arena will be the venue of the 43rd edition.

Fifty countries have confirmed their participation in the next edition, being the highest number of countries since the Own Eurovision Song Contest 30, edition held in Belfast, Northern Ireland. The contest will see the return of Azerbaijan, Belarus, Czech Republic, Faroe Islands, Ireland, Montenegro and Slovakia. Lebanon, Morocco and Russia have decided to withdraw. Following the high number of countries that wishes to compete in the 43rd edition, the OEBU introduced the Quarter Finals Round in which the bottom five entries from each of the two semifinals from the 42nd edition will compete, in order to qualify for the semifinals.

After a tense voting process, Italy won the contest for the first time, with Elisa's song "No Hero". Italy received a total amount of 200 points, winning by a margin of only 5 points. The runner-up of the 43rd edition was Ukraine, making the country's best place in the competition.

Third place went to Norway, fourth to Kosovo, fifth to Czech Republic and sixth place went to Kazakhstan. The #WebAwardWinner was Norway's "Faded" and the #BestNonQualifier was declared Romania.

For more details on the host country, see Israel. 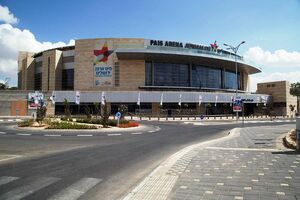 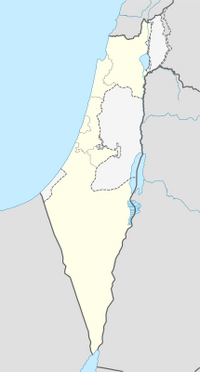 Tel Aviv
Location of the host city in Israel.

IBA announced the conditions under which cities and venues had announced their interest in hosting the 43rd contest:

The following cities are interested in hosting the 43rd contest

On January 15, 2016 it was revealed that Jerusalem will be the city host of the 43rd edition. Jerusalem, located on a plateau in the Judean Mountains between the Mediterranean and the Dead Sea, is one of the oldest cities in the world. It is considered holy to the three major Abrahamic religions—Judaism, Christianity and Islam. Israelis and Palestinians both claim Jerusalem as their capital, as Israel maintains its primary governmental institutions there and the State of Palestine ultimately foresees it as its seat of power; however, neither claim is widely recognized internationally.

The participating countries, excluding the automatic finalists (host Israel and the Big Five), will be split into six pots, based on voting patterns from the previous ten editions. The pots were calculated and are as follows:

Twenty countries participated in the first semi-final. England, Israel and Sweden also voted in this semi-final.

Twenty countries participated in the second semi-final. Albania, Denmark and Iceland also voted in this semi-final