Own Eurovision Song Contest 44, often referred to as OESC #44, is the 44th edition of the Own Eurovision Song Contest. It took place in Milan, Italy, following Italy's victory at the 43rd Contest with "No Hero", performed by Elisa. This will be the first time the competition will take place in Italy. The contest is consisted of one quarter-final, two semi-finals and a final. On April 15, 2016 it was revealed that the Mediolanum Forum Arena will be the venue of the 44th edition.

Forty-nine countries have confirmed their participation in this edition. The contest saw the return of Egypt, Lebanon, Morocco and Russia. Belarus, Georgia, Malta, Scotland and Slovakia have decided to withdraw. Following the high number of countries that wishes to compete in the 44th edition, a Quarter Finals Round was held in which the bottom five entries from each of the two semifinals from the 43rd edition will compete, in order to qualify for the semifinals. The 44th edition marks Uzbekistan's last participation in the Own Eurovision Song Contest.

After a tense voting process, Poland won the contest for the fourth time, with Margaret's song "Cool Me Down". Poland received a total amount of 246 points, winning by a margin of 31 points. The runner-up of the 44th edition was Portugal, making the country's best place in the competition.

The third place went to Dua Lipa's "Last Dance" from Kosovo, fourth place went to "Sofia" from Spain, while the fifth place went to Lara Scandar from Egypt and the sixth place went to Florena's ballad "Behind the Shadows" from Romania. The 44th edition also saw the best score from a semifinal, both Poland and Portugal manage to surpass Albania's record of 159 points, with Poland receiving a total amount of 160 points, while Portugal received 177 points, being the new record breaker at the moment. The #WebAwardWinner was Portugal's "Be Ok" and the #BestNonQualifier was declared Algeria.

From the countries that were automatically qualified in the Grand Final, only Kosovo (3rd place) and the host country, Italy (9th place), ranked into the top 10. Czech Republic placed 13th with 108 points, while The other three countries from the "Big 6" placed into the second part of the scoreboard, with Ukraine ranking 20th, Kazakhstan placed 21st and Norway placing last out of 26 countries that were in the Grand Final.

For more details on the host country, see Italy.

The Mediolanum Forum (formerly known as FilaForum di Assago, DatchForum di Assago and Forum di Assago) is an indoor sports arena that is located in Assago, near Milan, Italy. The arena has a seating capacity of 12,500 for basketball and is primarily used for ice hockey, basketball, and tennis. It also hosts live concerts. The Forum received the European Prize for Architecture for sports venues awarded by CONI and the Council of Europe. It is also one of two facilities in Italy, along with Palalottomatica in Rome, to be part of the European Arenas Association network.

In January 2009, the arena changed its name to the current name of Mediolanum Forum, replacing the old name of Datch Forum. 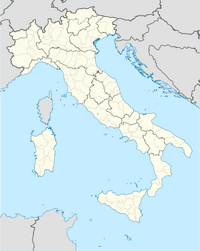 Rome
Locations of the candidate cities.

RAI announced the conditions under which cities and venues had announced their interest in hosting the 44th contest:

The following cities are interested in hosting the 44th contest

The host of the 44th edition was decided to be Milan. This will be the first time the contest will take place in Italy. Milan is the second-most populous city in Italy and the capital of Lombardy. The city proper has a population of about 1.3 million, while its urban area (the 5th-largest in the EU) comprises an estimated 5 million people (former Provinces of Milan and Monza-Brianza, with other Comuni included in the former Province of Varese). Greater Milan is a polycentric area of 7 to 10 million people, stretching over the provinces of Milan, Bergamo, Como, Lecco, Lodi, Monza and Brianza, Pavia, Varese and Novara. The Milan metropolitan region is part of the so-called Blue Banana, the area of Europe with the highest population and industrial density. In terms of GDP, Milan has the third largest economy among EU cities (after London and Paris) and the largest among European non-capital cities.

Milan is the main industrial, commercial, and financial centre of Italy and a leading global city. Its business district hosts the Borsa Italiana (Italy's main stock exchange) and the headquarters of the largest national banks and companies. The city is a major world fashion and design capital. Milan's museums, theatres and landmarks (including the Milan Cathedral, the fifth-largest cathedral in the world, and Santa Maria delle Grazie, decorated with Leonardo da Vinci paintings such as The Last Supper, a UNESCO World Heritage Site) attract over 8 million visitors annually. The city hosts numerous cultural institutions and universities, with 185,000 enrolled students in 2011, i.e. 11 percent of the national total. The city is also well known for several international events and fairs, including Milan Fashion Week and the Milan Furniture Fair, the largest of its kind in the world, and is the host for the second time of a Universal Exposition, the Expo 2015. Milan is home to two of the world's major football teams, A.C. Milan and Inter Milan.

The participating countries, excluding the automatic finalists (host Italy and the Big Five), and the quarter-finalists, will be split into six pots, based on voting patterns from the previous ten editions. The pots were calculated and are as follows:

Twenty countries participated in the first semi-final. Czech Republic, Italy and Ukraine voted in this semi-final.

Twenty countries participated in the second semi-final. Kazakhstan, Kosovo and Norway will vote in this semi-final.