Forty-seven countries confirmed their participation in the 46th edition. The contest saw the return of Armenia, Hungary, Morocco, Slovenia and Sweden. Unfortunately, Bosnia and Herzegovina, Faroe Islands, Greece, Iceland, Lithuania, Macedonia, Moldova and Portugal decided to withdraw. Despite originally confirming, Lithuania and Montenegro were forced to withdraw due to not submitting an entry before the deadline.

After a tense voting process, Russia won the contest for the first time, with i-La's song "Hungry". Russia received a total amount of 185 points, winning by a margin of 32 points. The runner-up of the 46th edition was Sweden's "Time by Sabina Ddumba.

For more details on the host country, see Egypt.

Cairo Stadium Indoor Halls Complex consists of 4 Olympic-standard, multi-use indoor sporting arenas located near the Cairo International Stadium in Cairo, Egypt. The capacity of the Main Hall is 20,000 spectators. It is used for several events, like handball, volleyball, international conferences, parties and fairs. It was built in time for the 1991 All-Africa Games. 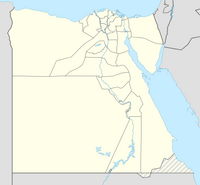 ERTU (Egyptian Radio and Television Union) announced the conditions under which cities and venues had announced their interest in hosting the 46th contest:

The following cities are interested in hosting the 46th contest

Cairo is the capital and largest city of Egypt. The city's metropolitan area is the largest in the Middle East and the Arab world, and 15th-largest in the world, and is associated with ancient Egypt, as the famous Giza pyramid complex and the ancient city of Memphis are located in its geographical area. Located near the Nile Delta, modern Cairo was founded in 969 CE by Jawhar al-Siqilli ("the Sicilian") of the Fatimid dynasty, but the land composing the present-day city was the site of ancient national capitals whose remnants remain visible in parts of Old Cairo. Cairo has long been a center of the region's political and cultural life, and is nicknamed "the city of a thousand minarets" for its preponderance of Islamic architecture.

With a population of 6.76 million spread over 453 square kilometers (175 sq mi), Cairo is by far the largest city in Egypt. An additional 10 million inhabitants live in close proximity to the city. Cairo, like many other mega-cities, suffers from high levels of pollution and traffic. Cairo's metro, one of only two in Africa (the other is in Algiers, Algeria), ranks among the fifteen busiest in the world, with over 1 billion annual passenger rides. The economy of Cairo was ranked first in the Middle East in 2005, and 43rd globally on Foreign Policy's 2010 Global Cities Index.

The participating countries, excluding the automatic finalists (host Egypt and the Big Five) will be split into six pots, based on voting patterns from the previous ten editions. The pots were calculated and are as follows:

Forty-seven countries confirmed their participation in the 46th edition. The contest saw the return of Armenia, Hungary, Morocco, Slovenia and Sweden.

Unfortunately, Bosnia and Herzegovina, Faroe Islands, Greece, Iceland, Lithuania, Macedonia, Moldova and Portugal decided to withdraw. Despite originally confirming, Lithuania and Montenegro were forced to withdraw due to not submitting an entry before deadline.

Twenty-one countries participated in the first semi-final. Bulgaria, Italy and United Kingdom voted in this semi-final.

Twenty countries participated in the second semi-final. Denmark, Egypt and France voted in this semi-final.