Forty-five countries have confirmed their participation in the competition. The 50th edition will see Egypt, Hungary, Kosovo, Latvia, Macedonia, Morocco, Poland and Serbia returning in the contest, while Albania, Bulgaria, Estonia, Malta, Lithuania, San Marino and Ukraine have decided to withdraw.

After a tense voting process, Poland won the contest for the fifth time, with Bovska's song "Kaktus". Last time Poland won was in the Own Eurovision Song Contest 44, edition held in Milan, Italy. Poland received a total amount of 160 points, winning by a margin of only one point. The runner-up of this edition was Turkey. Third place went to Czech Republic, fourth place went to Luxembourg, while the fifth place went to Lebanon and the sixth place went to the Georgia. Turkey and Lebanon received their best place in the competition, since their debut.

For more details on the host country, see Russia.

Tatneft Arena is a multi-purpose sports and events venue located in Kazan, Russia. The capacity of the arena is 10,000 and was opened in 2005. It’s one of the biggest and most well-equipped ice palaces in Russia and Europe. The facility was inaugurated during Kazan’s 1,000th anniversary celebrations.

In July-August 2015, the Tatneft Arena Ice Palace played host to the Opening/Closing Ceremonies of the 16th FINA World Championships. The Opening Ceremony’s official show, Pilgrim, was staged at the venue on a day-to-day basis during eight days. 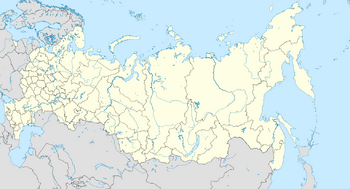 Sochi
Locations of the candidate cities.

After Russia's victory in Turku, Finland, the head of the delegation stated that the 50th edition would be held in Russia, but the host city is yet to be decided.

A total of four cities have been selected as the candidates to host the contest: Kaliningrad, Kazan, Novosibirsk and Sochi. Roston-on-Don had declared its interest in hosting the contest, but did not submit a formal bid.

The basic requirements to select a host city are the following:

Kazan is the capital and largest city of the Republic of Tatarstan, Russia. With a population of 1.243.500, it is the sixth most populous city in Russia. Kazan is one of the largest religious, economic, political, scientific, educational, cultural and sports centers in Russia. Kazan lies at the confluence of the Volga and Kazanka Rivers in European Russia, about 715 kilometres east from Moscow. The Kazan Kremlin is a World Heritage Site.

The Millennium of Kazan was celebrated in 2005.

In April 2009, the Russian Patent Office granted Kazan the right to brand itself as the "Third Capital" of Russia. In 2009 it was chosen as the "Sports capital of Russia" and it still is referred to as such. In 2011, here was held the European Weightlifting Championships.The city hosted the 2013 Summer Universiade, 2014 World Fencing Championships, the 2015 World Aquatics Championships, and is one of the host cities for the 2017 FIFA Confederations Cup and,for the first time in Russia, the official stage of the Red Bull Air Race World Championship under the auspices of the Fédération Aéronautique Internationale (FAI). Also Kazan has held the World Wushu Championships.In 2018, Kazan became one of the cities where the 2018 FIFA World Cup was held.

The Semi-final Allocation Draw took place on July 16, 2018. The thirty-nine semi-finalists had been allocated into six pots, based on historical voting patterns. Drawing from different pots helps to reduce the chance of so-called "bloc voting" and increase suspense in the semi-finals.

Nineteen countries will participate in the first semi-final. Czech Republic, Finland and Montenegro voted in this semi-final.

Twenty countries will participate in the second semi-final. Luxembourg, Russia and United Kingdom voted in this semi-final.

The following list of countries declined stating their reasons as shown below.

Though Slovenia have selected via a National Selection their entry "Arabia" by Joker, it was announced on June 13, 2018, that Joker has withdrew from the contest and another representative will be selected internal.

Though UK announced that they have selected Meadowlark, it was announced on June 14, 2018, that the band has withdrew from the competition. Another representative was selected.