Own USAvision Song Contest 1, often referred to as OUSC1, is the 1st edition of Own USAvision Song Contest. It took place in Los Angeles, California. Organised by the Own Public Broadcasting Service and host broadcaster ABC7, the contest was held at The Forum, and consisted of two semi-finals and the final. The three live shows were hosted by Dwayne Johnson and Sofía Vergara.

Forty-one state participated in the first edition. Indiana, Iowa, Massachusetts and Nevada were also expected to take part in the contest, but they missed the submission deadline and therefore could not take part. The participating countries competed in two semi-finals. 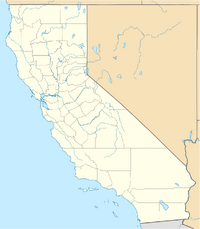 Los Angeles
Location of the host city.
Los Angeles and often known by its initials L.A., is the largest city in California. With an estimated population of nearly four million people, it is the second-most populous city in the United States (after New York City) and the third-most populous city in North America (after Mexico City and New York City). Los Angeles is known for its Mediterranean climate, ethnic diversity, Hollywood entertainment industry, and its sprawling metropolis.

Los Angeles lies in a basin in Southern California, adjacent to the Pacific Ocean, with mountains as high as 10,000 feet (3,000 m), and deserts. The city, which covers about 1,210 km2, is the seat of Los Angeles County, the most populous county in the United States. The Los Angeles metropolitan area (MSA) is home to 13.1 million people, making it the second-largest metropolitan area in the nation after New York. Greater Los Angeles includes metro Los Angeles as well as the Inland Empire and Ventura County. It is the second-most populous U.S. combined statistical area, also after New York, with a 2015 estimate of 18.7 million people.

Los Angeles has a diverse economy and hosts businesses in a broad range of professional and cultural fields. It also has the busiest container port in the Americas. A global city, it has been ranked 7th in the Global Cities Index and 9th in the Global Economic Power Index. The Los Angeles metropolitan area also has a gross metropolitan product of $1.0 trillion (as of 2017), making it the third-largest city by GDP in the world, after the Tokyo and New York City metropolitan areas. Los Angeles hosted the 1932 and 1984 Summer Olympics and will host the 2028 Summer Olympics.

The Forum is a multi-purpose indoor arena in Inglewood, California, United States, adjacent to Los Angeles. Located between West Manchester Boulevard, across Pincay Drive and Kareem Court, it is north of SoFi Stadium and the Hollywood Park Casino. It is about 4.8 km east of Los Angeles International Airport (LAX). Opening on December 30, 1967, the Forum was an unusual and groundbreaking structure. Architect Charles Luckman's vision was brought to life by engineers Carl Johnson and Svend Nielsen, who were able to engineer the structure so that it had no major support pillars. This had previously been unheard of in an indoor arena the size of the Forum.

The 40 semi-finalists were allocated into six pots, based on their geographical place and cultural similarities. Drawing from different pots helps in reducing the chance of so-called neighbour voting and increasing suspense in the semi-finals. Each time a country was drawn from the pot, its semi-final and half of the semi-final was determined.

Twenty states participated in the first semi-final. California also voted in this semi-final.

Twenty states participated in the second semi-final. California also voted in this semi-final.

Twenty-seven states participated in the final, with all 41 participating states eligible to vote.

Further information: List of states in the Own USAvision Song Contest
Eligibility for potential participation in the Own USAvision Song Contest requires a national broadcaster with active OUPB membership that would be able to broadcast the contest. As in every edition, an invitation to all the members has been sent in order to confirm whether they will participate or not.

Retrieved from "https://ownesc.fandom.com/wiki/Own_USAvision_Song_Contest_1?oldid=91896"
Community content is available under CC-BY-SA unless otherwise noted.