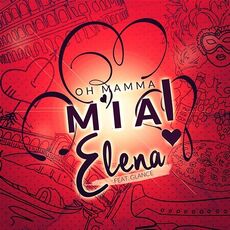 On December 29, 2014, it was announced that Elena Gheorghe and Glance will be the representetives of Romania in the 34th edition.

At Own Eurovision Song ContestEdit

Romania will participate in one of the two semi-finals. Romania was draw to perform 16th in the first semifinal, where it qualified for the Grand Final. "Mamma mia (He's italiano)" performed on the 14th place and manage to place in the top 10, receiving a total of 123 points and place 10th.

After the Grand Final, it was revealed that Romania was the runner-up of the first semifinal, receiving a total amount of 136 points. The first place, Portugal won the semifinal with 138 points.

Retrieved from "https://ownesc.fandom.com/wiki/Romania_in_Own_Eurovision_Song_Contest_34?oldid=44251"
Community content is available under CC-BY-SA unless otherwise noted.