Romania will participate in the Own Eurovision Song Contest 35. The Romanian entry will be second runner-up of Selecția Națională 32.

Antonia and Jay Sean participated with the song "Wild horses". 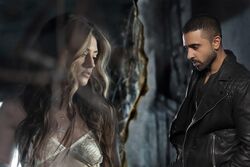 On July 20, 2014, it was announced that the second runner-up of Selecția Națională 32 will be the representetive of Romania in the 35th edition.

At Own Eurovision Song ContestEdit

Romania will participate in one of the two semi-finals. The songs was draw to perform on spot number 13 in the second final. At the end of the voting, Romania failed to make it to the Grand Final.

Romania placed 18th out of 20 songs that were in the second semifinal and received a total amount of 39 points.

Retrieved from "https://ownesc.fandom.com/wiki/Romania_in_Own_Eurovision_Song_Contest_35?oldid=46708"
Community content is available under CC-BY-SA unless otherwise noted.